New acquisitions to the art collection

Ulla Viotti is a Swedish sculptor and ceramic artist. She has become famous nationally and internationally for her architectural installations using bricks. She makes site-specific artworks where the context and form of the site are part of the complete artwork.

In the Botanical Garden, the Orangery became the starting point for the design of the Brick Garden exhibition during the summer of 2013. Influences from Olof Rudbeck's baroque garden and Carl Linnaeus’s "lake pond" in the Linnaeus Garden were present, along with, among other things, symbolic elements from Uppsala Cathedral and St. Eriks’s spring . Ulla Viotti called the artwork an "indoor brick garden".

The exhibition can also be viewed as a tribute to the botany professors Carl Linnaeus and Elias Fries. For instance, there was a ‘library’ of brick books with references to these botanists. One of the bookcases, containing titles ‘signed’ by Elias Fries, was acquired by Uppsala University. 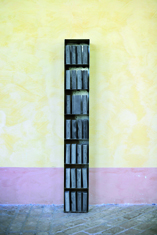 During the second half of the 18th century, Elias Martin (1739-1818) was the leading landscape painter in Sweden. He also executed architecturally accurate depictions of cities; the most famous of these are his Stockholm pictures.

In 1784 Martin produced two near-identical paintings of Uppsala with its Cathedral; a smaller one is today in the collections of Malmö Museum. The Cathedral is depicted from the north-east side of the Fyris River and the painting records how it appeared between Carl Hårleman’s restoration after the fire of 1702 and Helgo Zettervall’s extensive restoration in 1880. The painting retains its original frame. 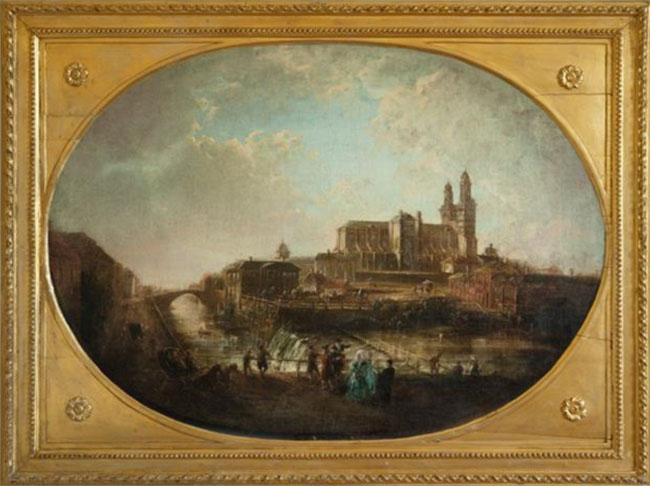 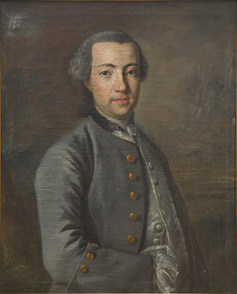 Portrait of the naturalist, orientalist and philosopher Peter Forsskål (1732-1763). The painting is attributed to Paul Dahlman.

Peter Forsskål was born on 11 January 1732 in Helsinki, Finland (then a part of Sweden). He was a Swedish natural scientist, orientalist and philosopher and one of the founding fathers of Swedish liberalism. Forsskål was one of Sweden's first enlightenment philosophers.

He studied philosophy in Göttingen, one of Germany's most progressive academic environments, and gained his doctorate in 1756.

Forsskål then returned to Sweden and became a lecturer in economics at Uppsala University. During his time in Uppsala, Forsskål wrote a political pamphlet, "Thoughts on Civil Freedom" (1759), which contained a liberal programme that advocated political and economic freedom and, in particular, freedom of the press. Both the faculty and the Chancellor's College found that the publication broke the law. Forsskål managed to get the pamphlet printed but it was soon banned outright.

His scientific scepticism combined with the more radical currents of the day, which sought to strengthen civil rights. In 1766, Sweden became the first country in the world to introduce legislation guaranteeing the right to freedom of expression for the printed word.