A Short Introduction to the Victoria Museum's Collection

Antiquities from ancient Egypt have been in the collections of Uppsala University since at least the 17th century. A French traveler by the name of A. de la Motraye reported having seen an Egyptian mummy during his visit to the university, the fate of which is now unknown. Furthermore, there is an ushebti figure (servant to the deceased) in green faience from about 600 B. C. which came to Uppsala University as one of many fantastic objects contained in the Augsburg art cabinette; a miniature museum in itself, which was donated to the university in 1694 by King Charles XI. The art cabinette was originally a gift of honour to King Gustav II Adolf by the merchants of Augsburg in 1632. Taking into account that it took about seven years to assemble the collection for the cabinette, this ushebti is one of the earliest confirmed ancient Egyptian antiquities in northern Europe. 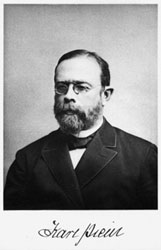 For almost 200 years, not a word is mentioned in the university archives about the existence of anything from Egypt in the collections. The first inventory of these antiquities is dated to 1882 and mentions 33 pieces, which were then considered part of 'The Collection of Nordic Antiquities'. During the following years, the collection grew in size considerably due to several donations by Dr. Karl Piehl who was a lecturer at the university in the subject of Egyptology. In 1883 he donated 268 objects including a fragment of the Pyramid Texts from Pharaoh Pepi I's tomb at Sakkara, and the very next year he donated a further 509 objects to the collection, all of which had been purchased and collected by him during his travels in Egypt. In 1887/88, he exceeded himself by giving 553 Egyptian artefacts and 358 Greek and Roman coins to the university collection, and he continued to donate pieces to the collection until his death in 1904.

Due to the growing collection, the university decided in 1889 to found a new institute at S:t Larsgatan 2, with the collection of Egyptian antiquities as its foundation and Piehl as its director. In 1890 a large collection of plaster casts was purchased for study purposes, and the large private collection belonging to Liljehöök was donated to the newly founded institute in 1891/92. 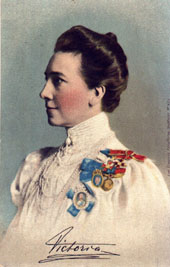 Crown Princess Victoria (1862-1930, Queen from 1907 and married to King Gustav V) was a great patron of the institute. She had gained an avid interest in Egyptology during her travels to Egypt, and between the years of 1892 and 1895 she donated various things, including the decorated wooden coffin of Tau-her and a well preserved mummy of a woman to the institute. Many of these objects were obtained from her own excavations, which she held in Egypt during the 1880s when she was in Egypt due to poor health. As a gesture of its appreciation, the university applied in 1895 to the Royal Family for their permission to name the collection of the Institute of Egyptology in honour of Victoria. Permission was granted and from then on the Uppsala University collection has been known as the Victoria Museum of Egyptian Antiquities.

In 1895, King Oscar II received a state gift from the Egyptian government consisting of five decorated wooden coffins and an array of ushebti figures from the second cachette at Deir el-Bahari. One of the coffins was relocated to Kristiania (now Oslo), two stayed in Stockholm and are now exhibited at the Museum of Mediterranean and Near Eastern Antiquities, and two were given to the Victoria Museum along with a fine group of ushebtis. During th final years of the 1800s the Egyptian government made several more donations to Sweden and the Victoriamuseum received many of these objects. 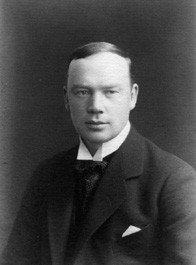 The growing size of the collection lead to a search for larger and more permanent accommodations for the museum and institute. During the first decades of the 1900s several moves were made to addresses such as Svartbäcksgatan 27 and then to the cellar at Vasagatan 4. More problems arose due to the death of Karl Piehl in 1904. His entire library was donated to the Victoria Museum, which resulted in a great lack of space and the collection deteriorated quickly due to the absence of a successor. In 1919/20 the Victoria Museum found a permanent home in the Gustavianum at Akademigatan 3. Pehr Lugn was the curator of the museum until 1928, and during his era many objects were purchased from such famous archaeologists as Petrie and Capart. Queen Victoria still showed an interest in the museum and donated a large collection of Pharaonic and Coptic textiles. She furthermore placed her entire collection on loan to the museum until her death in 1930 when it was officially donated. 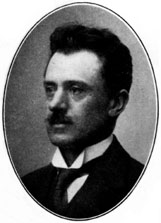 In 1928 Pehr Lugn became the director of the Museum of Mediterranean and Near Eastern Antiquities in Stockholm. Until 1942, the museum was taken care of by Ernst Andersson Akmar. Akmar never received a higher position but was nevertheless active at the museum. He was the editor of the Egyptological journal 'Sphinx' for more than twenty years, and published a four volume work on the inscribed mummy-bandages in the Victoria Museum collection. In 1936, a large private collection belonging to Zoltan Beöthy of Budapest was purchased via professor Ede Mahler, which greatly enlarged the museum's holdings. Akmar retired in 1942, making way for a man who was to become Sweden's most famous Egyptologist.

Torgny Säve-Söderbergh was employed the same year as an assistant and made the first systematic inventory of the collection. The old exhibit was removed in 1965 and a large project of conservation ensued in order to try and save the rapid deterioration of the collection. The exhibit was reorganized during the late 1960s and reopened in December 1970. Professor Torgny Säve-Söderbergh's idea was that the new exhibition of the Victoria Museum would work as a pedagogic tool for the lectures at the Institute of Egyptology, which was still physically connected to the museum. The main lecture room of the institute was actually located within the museum which gave the students direct access to the collections. 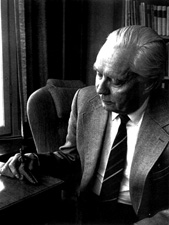 Between 1960 and 1964, Professor Torgny Säve-Söderbergh lead the Scandinavian Joint Expedition to Sudanese Nubia where they performed, together with other teams, the largest salvage excavation ever executed. A large portion of the study collections belonging to the SJE are located in Uppsala and some of this material is currently on display.

The entire collection library and institute were again packed away during the second half of the 1990s in order to allow for the restoration of the Gustavianum as it was to become the new university museum. The Institute of Egyptology was reorganized as a department under the Institute of Archaeology and Classical History, and much of the Victoria Museum of Egyptian Antiquities was reinstated in a new exhibit at Museum Gustavianum called 'The Mediterranean and Nile Valley', which opened in the spring of 1998.

This text is largely based on Sylvia Starck's The Victoria Museum - An Introduction, in: From the Gustavianum Collections in Uppsala, 1974 (Boreas. Uppsala Studies in Ancient Mediterranean and Near Eastern Civilizations, 6), Uppsala 1974, pp. 11-14.