This collection consists mainly of pharmacological preparations, but also includes scientific instruments from the 20th century. There are about 400 preparations that come from the second half of the 19th century. The preparations were probably used primarily to teach students to identify plants used in drug production. 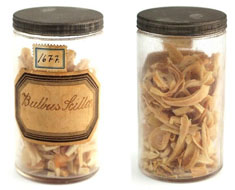 The pharmacological preparations were discovered in 1987 by Lars Oreland. They lay in the baggage area in the attic of the former pharmacology institution on Dag Hammarskölds road, where the Uppsala archives are now located. About a quarter of the preparations are loose and the remaining in glass jars, known as apothecary jars. Most of the jars are labelled with their content and, in some cases, which pharmacy they are from.

Among the scientific instruments is, among other things, a kymograph for recording physiological processes.

The production of preparations

Most of the preparations were made by Robert Fristedt, Professor of Pharmacology and Natural History 1877-1893. In recurring notices from the annual transactions of the Uppsala Medical Association, he describes the preparations he has produced during the year.

The collection of preparations documents pharmacology during the second half of the 19th century and thus has great historical value. Most of the Department's collections have been transferred to the Museum of Medical History, which has also assumed the formal responsibility for all the objects. 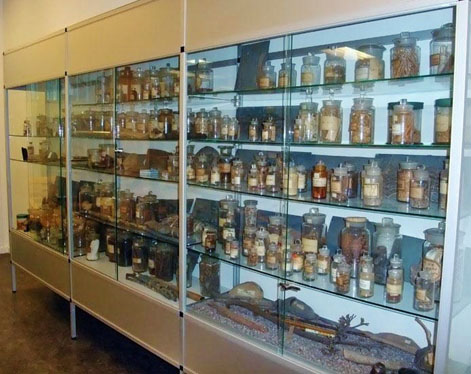