Swanlund’s Collection at the Faculty of Pharmacy 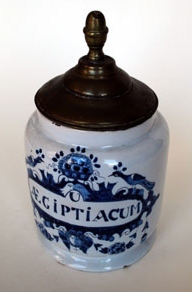 The collection includes scales and weights, metal scoops and powder spoons, mortars and infusion bowls. The oldest objects in the collection are two measuring glasses that are thought to have been manufactured in Switzerland during the late Middle Ages.

The largest category, however, consists of apothecary jars, used for the storage of pharmaceutical preparations. Some of the jars come from France, Holland and Italy and are decorated with beautiful paintings. Such exclusive jars have never been used in Sweden, but there are also simpler containers of the kind used in regular pharmacies. The jars date from the 17th, 18th and 19th centuries.

In addition to Swanlund's collection, the Faculty has a number of newer items, including a rector's chain from the Pharmaceutical Institute, manufactured in the 1960s. The Faculty supervises the collection, which the Pharmacy Society assisted in arranging. None of the objects have been used at the University because the collection was already historic when it was donated to the Pharmaceutical Institute. However, within the field of pharmacology, objects of this kind have been in use at the University since the 17th century. 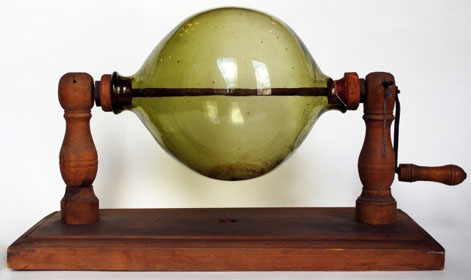